by admin June 18, 2021
534Views 0Comments
HomeAll PostsNewsElection of Ana Vukovic for president of the...

European Association for Law and Finance (EALF), ADAMAS, ANIMA – Center for Women’s and Peace Education, Action for Human Rights (HRA), Women’s Rights Center (WRC), Center for Investigative Journalism (CIN), Committee of Young Lawyers of MEF, NGO Prima, Safe Women’s House, Spektra and the Alliance of Youth Workers welcome the candidacy of the High Court Judge in Podgorica, Ana Vukovic, for President of the Supreme Court of Montenegro and believe that her election would enable Montenegro to have a female President of the Supreme Court of the highest reputation and exceptional professional and moral qualities, which meets all the conditions and has all the capabilities to be the head of the highest court in Montenegro and implement the necessary reforms.

Judge Vukovic satisfies both the criteria prescribed by domestic law for the presidency of the Supreme Court, and the international standards of what a person in that position should represent in the form of proven impartiality and outstanding expertise. Judge Vukovic has shown impartiality and commitment to the rule of law in her judicial practice, in which she was among the first to apply international human rights standards, as well as her readiness to publicly criticize the inadequate actions of state bodies and government representatives.

Of particular note is the investigation conducted by Judge Vukovic in the case of Moldovan S.C., injured in the case of trafficking and mediation in prostitution in Montenegro, which, according to experts, was conducted “under extremely difficult conditions, both practical and of a legal nature ”, which was positively assessed by the expert mission of the Council of Europe and the OSCE, in a report published on September 23, 2003. Her courageous and responsible public statement followed, in which she expressed her disagreement with the prosecutor’s decision to refuse to file an indictment in the mentioned case. This action of the prosecutor was later criticized by experts from the Council of Europe and the OSCE. Also, in 2017, Judge Vukovic, in the explanation of the verdict in the “Ramada” case, which convicted the then director of the Railway Directorate Nebojsa Obradovic for abuse of office, determined that the then President of the Parliament of Montenegro and President of the Social Democrats of Montenegro Ivan Brajovic and other members of the SD were acquainted with the organization of the disputed rallies at the Ramada Hotel and testified “biased and calculated to help the defendant”, which indicated to the prosecution that they should have fully committed to establishing responsibility for violating the law in this case.

Her 2019 verdict in the case of human trafficking was the first conviction for that crime after a period of five years, by which the defendants were sentenced to high prison terms of 17 and 14 years. This verdict is mentioned in the State Department’s report on human trafficking in Montenegro for 2020 as an indicator of Montenegro’s progress.

Law students and young lawyers, who followed her trials, share the impression that she is a judge who acts authoritatively, legally and fairly, and who best represents everything that is the role of the court, and which in practice should be widespread in all courtrooms throughout Montenegro. Generations of young lawyers often compare Judge Vukovic with the famous judge of the American Supreme Court, Ruth Bader Ginsburg, who was a tireless and determined fighter for justice and who left an impressive legal legacy.

By the totality of her judicial work and independent of any government, Judge Vukovic has shown that she is worthy of the position of President of the Supreme Court and that, for the benefit of all citizens, she could implement the necessary reforms in the judiciary. We remind you that the European Commission announced in its latest report on Montenegro that Montenegro’s overall progress in accession negotiations depends on strengthening the independence and professionalism of the judiciary, its accountability, efficiency and trust in judicial statistics. Montenegro, which is also a function of the Judicial Council, is of great importance for the judiciary and society as a whole. 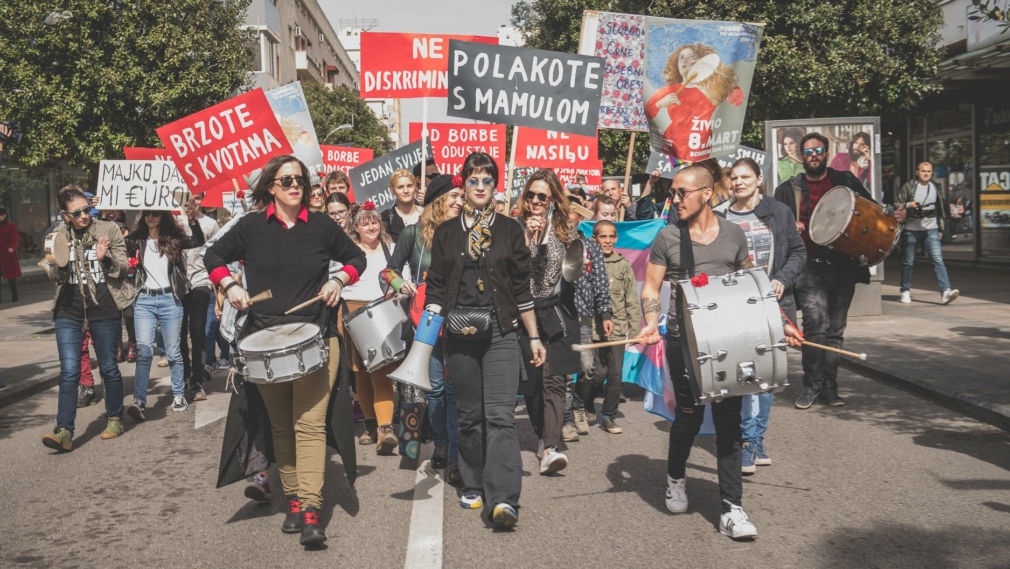 “Beat of the Protest” Workshops