by admin October 21, 2021
439Views 0Comments
HomeAll PostsFocusAnnouncement on behalf of the EC report on...

GENDER-BASED DISCRIMINATION AND VIOLENCE RECOGNIZED AS A PROBLEM AGAIN

European Commission: Women continue to experience inequalities in participation in political and public life and access to employment and economic opportunities, and gender-based violence and violence against children are a matter of serious concern.

Women’s Rights Center welcomes the critical review and detailed recommendations of the European Commission set out in the 2021 Report on Montenegro, which address the issue of women’s human rights and their advancement, and which point to insufficient progress on a significant number of issues concerning women, children and marginalized social groups, mapped in the previous EC Report on Montenegro for 2020.

The mentioned assessments indicate the continuous insufficient commitment of the state to these issues and the obligation to pay due attention to fulfilling the recommendations of the European Commission, which are the key criteria for Montenegro’s membership in the European Union.

Already in the introductory part of the Report, within the priority assessments, it was stated that the Montenegrin Parliament should strengthen the professional capacities of its administrative staff and improve women’s political representation, and that women’s political representation remains low at the local level and thatonly two, out of 24 municipalities there are led by women.

The chapter of the Report, which deals in detail with the analysis of the functioning of democratic institutions and public administration reform, additionally states that the number of deputies increased slightly from 18 to 22, which currently accounts for 27% of the total number of deputies. In addition, the involvement of women in political life remains limited: there are no women among political party leaders, and very few in party leadership. Electoral lists meet only the minimum requirements for gender equality. ” On the other hand, as positive examples, there are amendments to the Rules of Procedure of the Parliament of Montenegro which introduced the obligation to elect at least one vice president from the underrepresented sex (which was the proposal of the Women’s Rights Center from December 2020). It is added that the deputies of all political parties in the Assembly founded the first Women’s Club of the Parliament of Montenegro in 2020, while the first female Vice President of the Assembly was elected in December.

In the area of ​​fundamental rights (Chapter 23: Justice and Fundamental Rights and Chapter 24: Justice, Freedom and Security), it was noted that, despite a well-established legislative and institutional framework and some progress in meeting obligations under international instruments and laws on human rights, challenges remain regarding their effective implementation, which is why the EC considers that last year’s recommendations were only partially addressed. “Women continue to experience inequality in participation in political and public life, as well as in access to employment and economic opportunities. Gender-based violence and violence against children remain issues of serious concern. ”The report clearly emphasizes, among other things, the need to: continue to implement the recommendations of UN and Council of Europe oversight bodies; improving the legal and institutional framework to ensure better access to justice, procedural rights and free legal aid for victims of human rights violations and crimes, especially children, women, minorities including Roma and Egyptians, and persons with disabilities.

Furthermore, the report states that the evaluation of the Gender Equality Action Plan 2017-2021 revealed shortcomings in implementation, insufficient awareness and commitment of institutions, poor integration of gender equality principles, deviations in the application of the legal framework and poor coherence with other national strategies. The Gender Equality Index for Montenegro for 2020 (55) is 12 points below the EU-28 average (67.4), and mostly refers to insufficient political and social participation of women, economic inequality and unequal division of responsibilities:

“Difficulties remain, especially in regard to women’s access to work, vocational training, employment and working conditions; they remain underrepresented in political and economic decision-making. There have been an increase in campaigns of defamation, hate speech and instrumentalization of gender-based violence against women in politics and public life. Women are disproportionately affected by the COVID-19 pandemic. Gender-based violence, especially domestic violence, remains a serious and persistent criminal, social and public health issue. In 2020, 265 cases of domestic violence (2019: 281) were registered as criminal offenses, and further 2,133 (2019: 1,819) by misdemeanor courts, while specialized NGOs recorded an increase of about 30% of cases in 2020 in compared to the previous year. It is estimated that most cases of gender-based violence remain unreported. “

The report also draws attention to the fact that Montenegro lacks strategies that deal with multiple discrimination against women and girls with disabilities, deinstitutionalization and sustainable financing of family and community services for children with disabilities and their families.

The report emphasizes that there are still challenges in the implementation and monitoring of the existing legal and strategic framework and sectoral policies, support for victims, access to justice for victims and notes the lack of systematic approach to the physical protection of victims, legal qualification of domestic violence and accompanying lenient sentences. However, despite significantly better cooperation between the authorities and specialized civil society organizations that manage shelters and provide support to victims, the latter face difficulties in terms of limited accommodation capacity as well as limited funding.

“The evaluation of the Violence Protection Strategy was completed in February 2021, showing shortcomings in the formulation of impact indicators. A new strategy is expected in 2021. Amendments to the Law on Domestic Violence that were in preparation are not included in the Government’s 2021 program. Definitions of gender-based violence and domestic violence in all legislation must be further aligned with the Istanbul Convention and GREVIO recommendations (Council of Europe Group of Experts on Combating Violence against Women and Domestic Violence).

Sexual harassment still does not qualify as a crime. The Operational Team for Combating Domestic Violence and Violence against Women continued with regular meetings. Its impact assessment is currently underway in line with GREVIO’s recommendations. “

It is pointed out that the COVID-19 pandemic negatively affecteds children’s rights, especially the living conditions and access to education, special care and medical and social services for children, specially those from socially endangered families and children with disabilities. The risk of domestic and sexual violence has also increased.

It is also stated that it is necessary to implement concrete measures to improve the legislation on child protection, in accordance with the Strategy for the Realization of the Rights of the Child (2019-2023).

“Montenegro still has to follow the recommendations of the UN supervisory bodies to increase the minimum age for marriage, as the practice of arranging child marriages between the Roma and Egyptian communities remains a concern.

Mandatory funds need to be invested in order to establish victim support services in the health and social sector and family support and assistance services, as planned by the National Strategy for the Prevention and Protection of Children from Violence. In November 2020, the Ombudsman requested the suspension of the construction of a home for children without parental care because these plans are in conflict with national obligations towards deinstitutionalization, the report adds.

The evaluation of Chapter 26 states the need for more intensive reform efforts to improve inclusive education and access to quality education at all levels, and special attention is paid to the status of Roma and Egyptian children, where there is a decline in primary school enrollment.

Despite the fact that a work plan has been developed for further harmonization of criminal legislation with the acquis communautaire, issues concerning the right to information and participation in all stages of the proceedings, unjustified extended pre-trial detention and insufficient protection of victims, especially women and children, and duration the total lengths of the proceedings remain open.

In the part of the Report concerning the functioning of the labor market, it was pointed out that the structure of the social benefits system discourages women from re-entering the labor market, since the so-called the reservation salary increases with the number of children.

Regarding the analysis of the situation in relation to Chapter 19: Social Policy and Employment, in the part of official recommendations, it is emphasized that Montenegro should especially continue with the implementation of the Labor Law and accordingly develop quality employment measures aimed at young people and women, persons with disabilities, minorities and people affected by the pandemic.

In relation to employment policies, it is estimated that the most vulnerable groups in the labor market remain women, youth, Roma and low-qualified workers.

In addition, when it comes to equality between women and men in employment and social policy, it is stated that “the outbreak of COVID-19 showed the need to strengthen flexible labor arrangement policies to increase women’s and youth participation in the labor market, increase overall productivity and reduced the costs incurred on paid leave due to the inability to go to the office / workplace. Issues such as the gender gap in employment and wages, sexual harassment in the workplace, affordable childcare, unpaid work and the tax relief system remain unresolved. In 2020, the employment rate for the population aged 20 to 64 was 48.8% for women and 61.7% for men, and the gender gap of 12.9 percentage points. Efforts are needed to introduce legislative and non-legislative measures aimed at work-life balance, ”the Commission’s report concludes.

The Chapter 31: Foreign, Security and Defense Policy states, among other things, that Montenegro continued to participate in the UN peacekeeping operation MINSURO, and that in December 2020 the Ministry of Defense rotated its staff and, in order to support UN policy on greater representation of women in peacebuilding processes, sent several officers to the mission.

In addition, the Report addresses the issue of women’s property rights, stating that women continue to face difficulties in claiming inheritance and property rights in divorce proceedings. 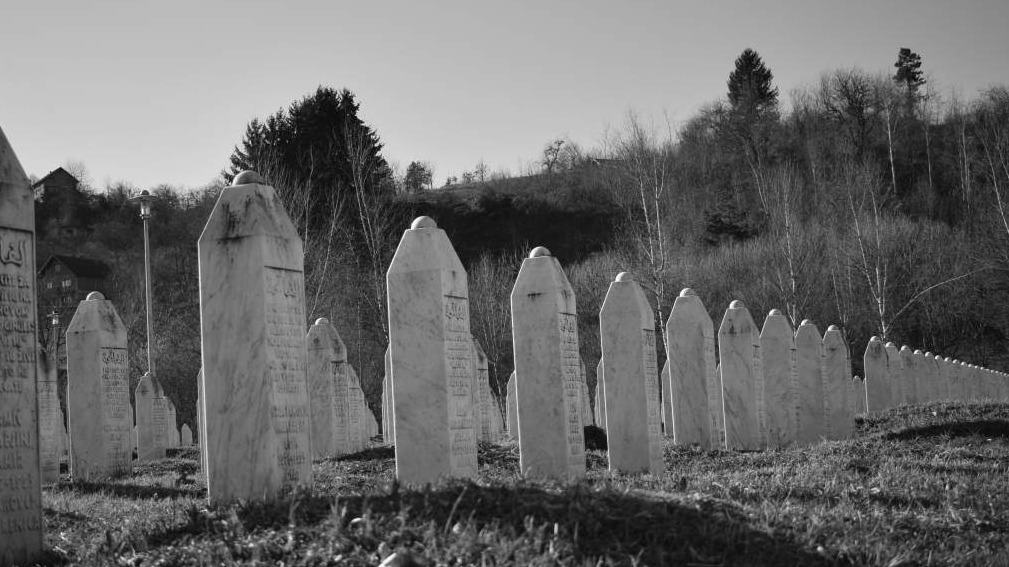 by admin May 25, 2021
Show CommentsClose Comments