At the main trial, held on 31.12. 2020, in the Basic Court in Kolašin, the Judge Arsen Popović pronounced a verdict finding Ivan Bojić guilty of the criminal offense of Violent Behavior, sentencing him with the  minimal punishment of 6 months of imprisonment. Bojić was acquitted of the criminal offense of Illicit Possession of Weapons and Explosive Devices. The court found that there was not enough evidence for conviction, despite the statement of the prosecutor that there was adequate evidence for Bojić to be sentenced for this criminal offense as well, “due to the fact that the video material taken from the video surveillance of the “Selekt” catering facility indisputably shows that the defendant possesses a weapon, which he even used to intimidate the injured party while holding the weapon in his hand.” In his closing argument, the prosecutor emphasized that “the defense of the defendant, which claims that the weapon is not a real, but allegedly a wedding pistol, is not grounded, since he even denied the existence of such a weapon during the hearing at the Basic Public Prosecutor’s Office in Kolašin.” The characteristics of the object that the defendant held in his hand on a critical occasion undoubtedly indicate that it is a genuine gun”. In view of that, the prosecutor believes that “even during the main trial, the existence of this criminal offense was proven, regardless of the fact that the report of the Forensic Center cannot conclude with certainty that the weapon is actual.” The prosecutor also emphasized that the injured party clearly and precisely described the event and that “her testimony entirely corresponds with the medical documentation bearing her name, and was additionally confirmed by the finding and opinion of a medical expert who described the manner in which bodily injuries occurred to the injured party, which fully corresponds to her testimony”.

After a short spoken explanation, the judge stated that the parties in the procedure will receive a written copy of the verdict within the legal deadline of 30 days, to which the parties will have the right to appeal.

Women’s Rights Center welcomes Judge Popovic’s decision to find Bojic guilty of violent behavior, but expresses dissatisfaction with the acquittal of the criminal offense of Illicit Possession of Weapons and Explosive Devices. We believe that the acquittal of this offense is a consequence of ineffective investigation, primarily due to the fact that the prosecutor’s office in Kolašin failed to find, confiscate and seize as evidence the above mentioned weapon, despite reasonable suspicion that it was a real gun, available to Bojić as an officer of the Police Directorate. We believe that such conduct of the competent institutions, including the police in Kolasin, is not in accordance with the principle of due diligence and other obligations of the state arising from the standards of the Istanbul Convention and the European Convention on Human Rights, based on the case law of the European Court of Human Rights. These documents oblige the state to promptly and effectively prevent, investigate and, in accordance with national law, punish perpetrators of violence in a manner corresponding with the gravity of the acts committed. We draw this conclusion from several facts: In addition to the failure to seize the weapon as a piece of evidence, we remind that the Prosecutor’s Office in Kolašin initially qualified Bojić’s violent act as misdemeanor and that case was returned to the re-evaluation at the Prosecutor’s Office only after the urgency sent by Women’s Rights Center to the High State prosecutor Ivica Stanković,. The indictment was filed 3 months after the violent act took place. Neither the Police nor the prosecution informed the injured party about her rights in the procedure, primarily about her right to free legal aid. She exercised her rights with the assistance of attorney Srdjan Lješković, hired by Women’s Rights Center. Within 18 month period between the violent event and the court’s decision, the defendant was allowed to defend himself undetained, while the victim was not provided with any physical or other protection. Despite that, in a small community, under conditions of pressure and threats, she actively participated in the procedure and, with her impeccable and courageous testimony against the police officer and his false witnesses enabled the court to bring the defendant to justice and convict him for violent behavior.

Women’s Rights Center uses the opportunity to acknowledge and thank Andrea Sekulić, the injured party, for her perseverance and courage in fighting for access to justice. Her efforts were additionally aggravated by the inconsistent relationship between the Police and the Prosecution in Kolašin , the fact that the accused is a member of the Police Directorate as well as the very environment that tolerates violence against women and stigmatizes women who speak out about this problem. In that sense, the statement in her closing remarks that her case should be a message to all women victims of violence to persevere to the end has a special importance and strengt,. We appeal to the Basic State Prosecutor’s Office in Kolašin to act in accordance with the law and protect the injured party after receiving a written copy of the verdict, by filing an appeal in the part relating to the acquittal for the criminal offense of Illicit Possession of Weapons and Explosive Devices as well as to act in accordance with the request of lawyer Srdjan Lješković, expressed in his closing argument and initiate proceedings for the criminal offense of Giving False Testimony against all persons who obstructed justice in the procedure in that manner.

The director of the Police Administration, Veselin Veljović, temporarily removed police officer Ivan Bojić from his service. More information on the decision on his temporary removal from service can be found at the following link: https://m.cdm.me/hronika/veljovic-udaljio-iz-sluzbe-policajca-koji-je-pretukao-kolasinku/ 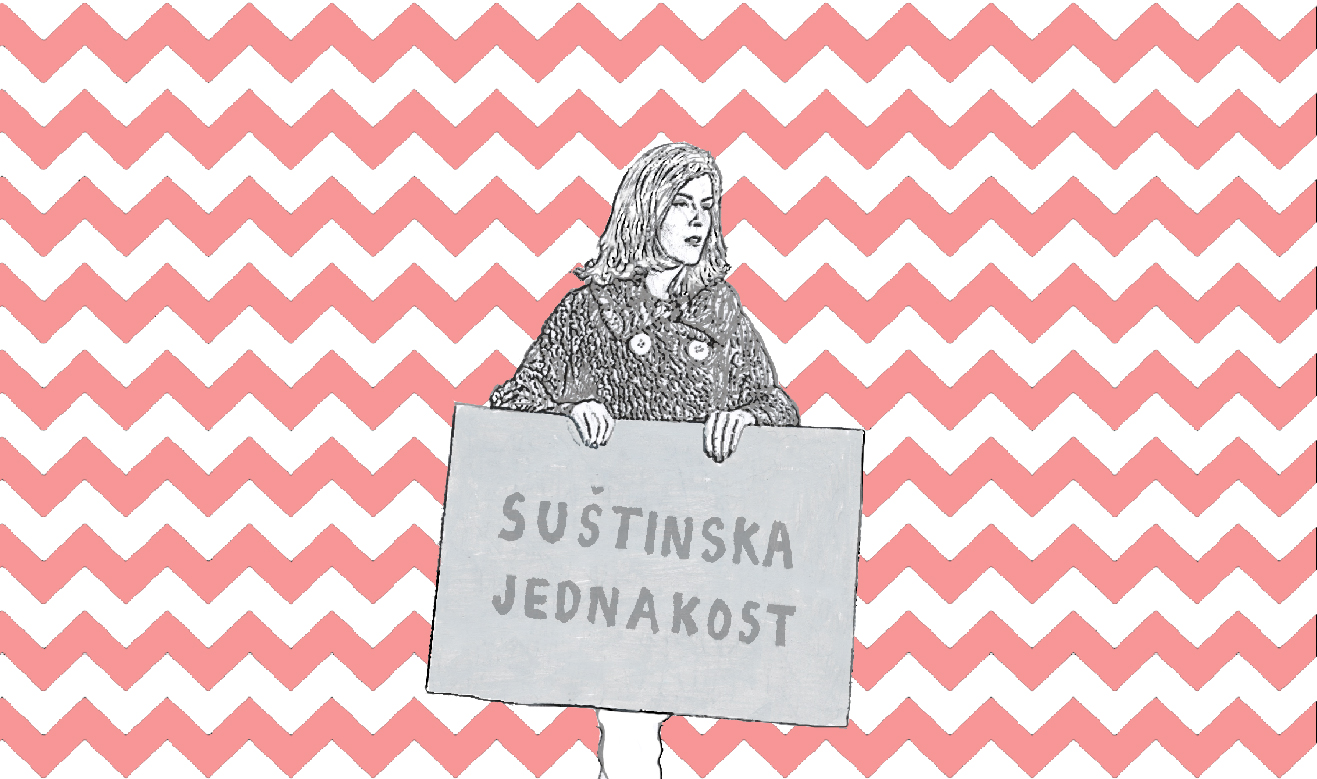 Fewer women in the new convening of the Assembly

Reaction to the statement of MP Slaven Radunovic